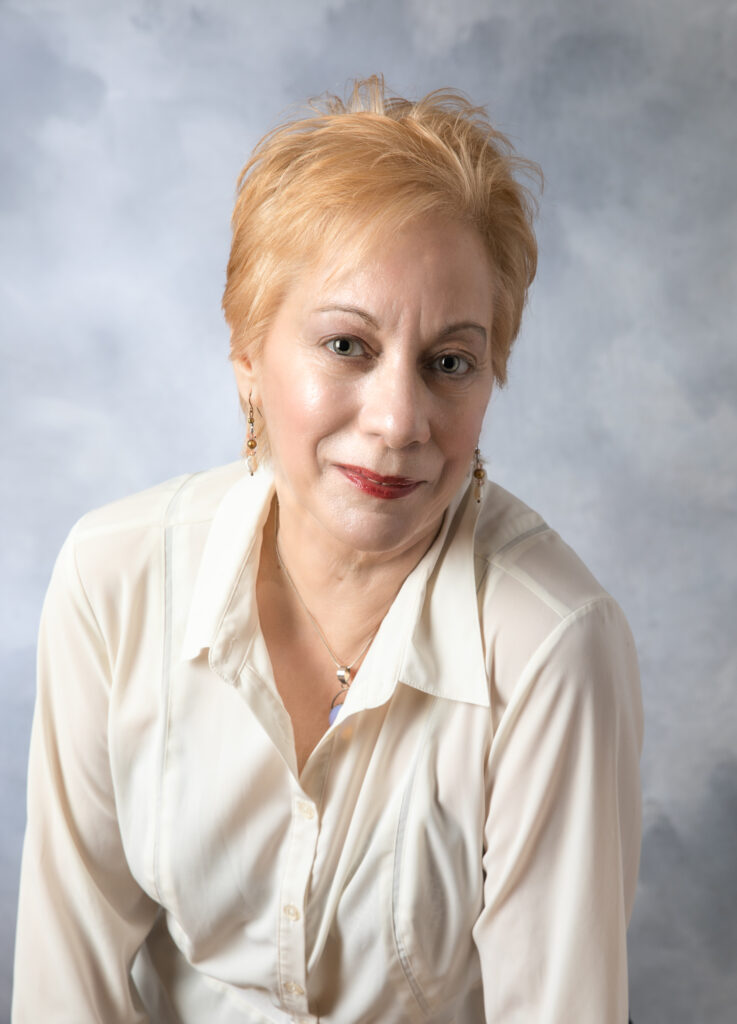 What motivated you to become a writer?

I had been writing poetry since I was in high school. There is book that I thought should be a movie and for many years I kept saying, “Someone should make a movie of this!” Time was passing, and one day I realized that I was that Someone. When I was 21, I had a Near Death Experience which completely changed my perspective and the direction of my life. It caused me to think about the story I wanted to tell and the way I wanted to tell it. My experience taught me that there is more to our existence than our everyday awareness.

But it was late in my career, and I had no script writing education. I was undaunted. I sought out screenwriters, partnered up with them and wrote several scripts to learn the format. I took some classes at Community College and in the mix; I realized that I was an Outsider Artist. I just had to move ahead and dare to break-in on my own.​

Starting on a blank page is not easy- where does your creativity come from?​

My Near Death Experience caused me to become widely researched on mystic and mysterious content like ancient civilizations, obscure scriptures, pyramid science and metaphysics, etc. With all this in my background, I have been able to write amazing stories for myself and for others who have their own arcane interests and tales to tell. Also, I am a child of the 60’s, and I have a rich vault filled with extraordinary and exciting Bohemian adventures! When they say, “Write what you know,” it’s true! I utilize my own experiences, those of my closest friends and foes, and then elaborate upon them to create entirely new stories.

Do you write projects knowing that so many other factors need to happen to get it to screen and does that come into your project creation?

Well, I did not start out considering any other factors but the trajectory of my story. I began writing period pieces and sci-fi from full scale imagination which required a lot of special effects, exotic locations and elaborate costuming, etc. I was not having much success because my scripts had astronomical budgets – definitely too high for an unknown writer to catch a break. So, I began to task myself to write for low and medium budget productions. My current screenplay, Desposyni, is a revisionist account of the life of Mary Magdalene and falls in range from 3-6 million. I am working now on a new script that hopefully can be filmed in my beautiful city of Philadelphia.

What is your dream for this project and what other ancillary revenue do you think it could generate? Please include script title in reply.

Desposyni won 1st Place Gold in The Jewish Film Festival in 2019 attracting the attention of Zsofi Picture’s Producer, Jonathan Zsofi. Of course, my dream is to see this script come to life on screen and with an appropriate budget in place, which I believe it will! I dream of being there on set and meeting the actors and characters. I dream of traveling to exciting places and establishing alliances with wonderful people. I dream of Desposyni igniting tension, stimulating controversy, and inspiring the exchange of ideas. I dream that Desposyni will be an alluring and enlightening story for all. Potential viewing platforms include the likes of HBO, Showtime, Starz, Network Television, Amazon, Hulu, Vimeo, You Tube, Netflix and Gaia.

How has your experience been with screenwriting contests for this project so far?

Fantastic!! Amazingly rewarding! Desposyni has been very successful on the competition circuit with numerous Wins, Nominations, and Official Selections:​

​If you could stand in a room full of investor partners looking at many projects what would you like them to know about you and this project?​

Desposyni offers a revisionist version of the Magdalene and a mystic Christ never seen on film before – Mary’s untold story, drawn from Gnostic Legend, Visionary Art, Ancient Scripture, and Personal Revelation. Desposyni is a radical divergence from the familiar portrayals of Mary Magdalene.

In their Review, The Chicago Screenplay Awards say it best:​

Desposyni is a very intriguing and imaginative script with a compelling premise. It tells an untold story of Christianity, viewing a very familiar story from a completely new and fresh perspective. The script doesn’t lift exactly from the Bible but rather combines Bible stories with Gnostic Gospels and other Ancient Traditions to create something new and original.​

The script has a diverse cast and does a good job of making each character feel distinct and individual. Amora is a good protagonist for the script, a blank slate that acts as an audience stand-in to learn from Rabboni and the Mari. However, her own tragic background makes her even more of a compelling character. Mari is a mysterious but welcoming and loving character, and her daughter being Rabboni’s child is a very interesting element…

…The Romans pursuing and persecuting Christians far and wide raises the stakes of the story.

I enjoyed Desposyni and could definitely see it coming to life on screen.